Our music group divisions work together to coordinate all aspects of a musical artist’s career. We selectively work with solo artists, bands, producers and songwriters most notably in the pop, rock, and alternative genres. We believe that the harder you work, the more opportunities are made available to you. We are firmly committed to actively developing artists’ careers. But we are also firm believers in empowering and educating our artists to understand and take an active role in many aspects of their careers.

With almost every imaginable resource under one roof, we are able to act as a vehicle to create forward momentum by driving everything from talent scouting and musical development to recording and film production, distribution, marketing, promotion, music catalog building, copyright protection, song placement in commercials or film, booking, and brand/trademark development.

We combine talent with cutting-edge production, informed creative decisions, sound business practices and progressive marketing concepts that are vital to breaking an artist in a new era that is driven by touring and online marketing, helping to launch and build musical careers. 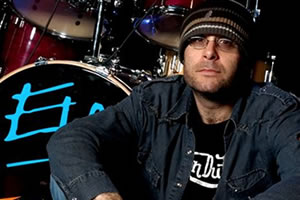 [/1_3] [2_3_last] Producer and A&R Coordinator, Mike Gendler had been a staff drummer for NFL Films and worked with many of the world’s top artists including Pink Floyd, DJ Jazzy Jeff & The Fresh Prince (Will Smith), Boney James, Eddie Money, Adam Gaynor (Matchbox 20) and many others. He also worked on the production of soundtracks and themes for a variety of network shows for The History Channel, Showtime, and the new NFL network theme for “Under the Helmet”, as well as tracks with The Black Eyed Peas, will.i.am, and Steve Vai.
[/2_3_last] [line_heading_two]Jeff Fritz[/line_heading_two] [1_3] 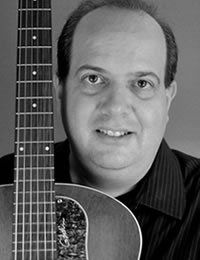 [/1_3] [2_3_last] Jeff Fritz has played guitar and piano for more than 30 years, studying jazz guitar at Temple University. He has written and produced music with various bands including appearances with the legendary rock group Pink Floyd, jazz guitarist Jonathan Butler, tenor saxophonist Richard Elliot, and the eclectic Buster Poindexter, among others. He is a practicing attorney, songwriter and producer.
[/2_3_last]

[/1_3] [2_3_last] Although primarily known as one of the world’s premiere drummers and percussionists, Robin is also a highly skilled songwriter, composer, conductor, arranger, producer engineer and instrumentalist (playing piano, bass, saxophone, and clarinet).

From an early age, Robin was playing with legends such as Ray Charles and Sammy Davis Jr. at the Hollywood Bowl. By the 16, he was asked to perform at WOMAD’s Amnesty International Concert with Tracy Chapman. The talent pool with whom Robin has worked is as extensive as it is impressive. He has toured and recorded with veterans such as Paul McCartney, Paul Simon, David Bowie, Quincy Jones, Jackson Brown; divas such as Tony Braxton, Maria Carey, J.Lo and Celine Dion; rap pioneers such as Dr. Dre, Tupac, Puff Daddy and Snoop Dog; R & B superstars such as Usher, Luther Vandross; pop-rock youth icons such as Ashlee Simpson and New Kids on the Block; rockers such as Slash and Glen Hughes; country stars such as Johnny Cash and Chris Isaak; film idols such as Johnny Depp and Jada Pinkett Smith; world musicians such as the acclaimed sitarist/composer Ravi Shankar and violin maestro L. Shankar among others.

Robin has appeared on talk shows including David Letterman, the Arsenio Hall Show and Soul Train and has performed at the Grammys, the American Music Awards, the World Music Awards (Monte Carlo) and the MTV Awards. He was the musical director and drummer for Lopez Tonight and is now the musical director for the United Nations Millennium Development Goals Awards.
[/2_3_last] [line_heading_two]Gary Philips[/line_heading_two]

Songwriter and producer, Gary Philips founded Wildhoney Music which now shares an office with Razor & Tie. He has written songs for numerous artists including a song in the Pokemon: The First Movie soundtrack. Gary also co-wrote songs with the late Rich Cronin of LFO for an album.

Producer and hit songwriter, Chris Arms is no stranger to the recording industry. A staff writer for BMG for 5 years and Warner Chappell for an additional 5 years, Chris has pumped out numerous hits including the #6 Single, Catch Me I’m Falling for Pretty Poison of Virgin Records, a #10 Single, Bury the Shovel for Clay Walker which sold 2 million copies, the top 10 hit, It’s Over for Kurupt and produced songs which sold 2 million records for Ultimate Kaos signed to Mercury Records. In addition to being a staff songwriter and producer for major labels both in the US and the UK, Chris has also worked with Earth, Wind & Fire, Ron Wood of the Rolling Stones, Richard Marx, and Michael Bolton among many other notable artists. Most recently, Chris was invited to be one of the judges for the Philadelphia area American Idol auditions alongside Boyz II Men group members.

Hit writer Scot Sax co-wrote the Grammy-Winning song Like We Never Loved At All performed by Faith Hill and Tim McGraw. The song reached #5 on the Billboard charts and Top 10 on Billboard Magazine’s Adult Contemporary Charts and the album has gone Double Platinum. During his time as a staff writer for Warner/Chappell Music he landed his song (I Am the) Summertime on the American Pie Soundtrack under the moniker Bachelor Number One and received a Gold Record. He continues to write for and with other artists from Faith Hill, Tim McGraw, Jason Mraz, Jennifer-Love-Hewitt, and Joey McIntyre to the legendary Paul Williams to name a few. He and his music have appeared on MTV, VH1 and MTV Europe.